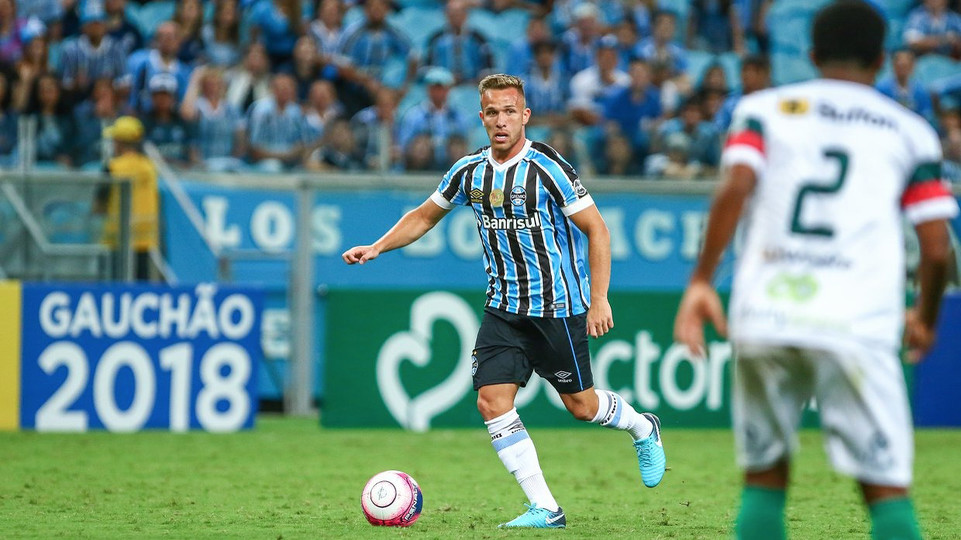 Barcelona have announced that they have agreed a deal with Gremio for Arthur. They can sign him in July with the transfer costing €30 million plus €9 million in add-ons.

The Spanish side have been ‘in talks’ with Arthur for a long time now. He was pictured in a Barcelona shirt in December after a meeting with sporting director, Robert Fernandez.

However, Gremio president, Romildo Bolzan made it clear at that there was no deal agreed for him. The Catalan side were forced to issue an apology for the same.

Things changed this month and the Brazilian side’s president confirmed last week that a deal was close. The 21-year-old is expected to travel to Catalonia during the summer to sign his contract.

Arthur will join fellow Brazilians Philippe Coutinho and Paulinho at Camp Nou. The deal is yet to be completed however, as they can still opt to continue ‘monitoring him’ and decide not to sign him if they find a better option.