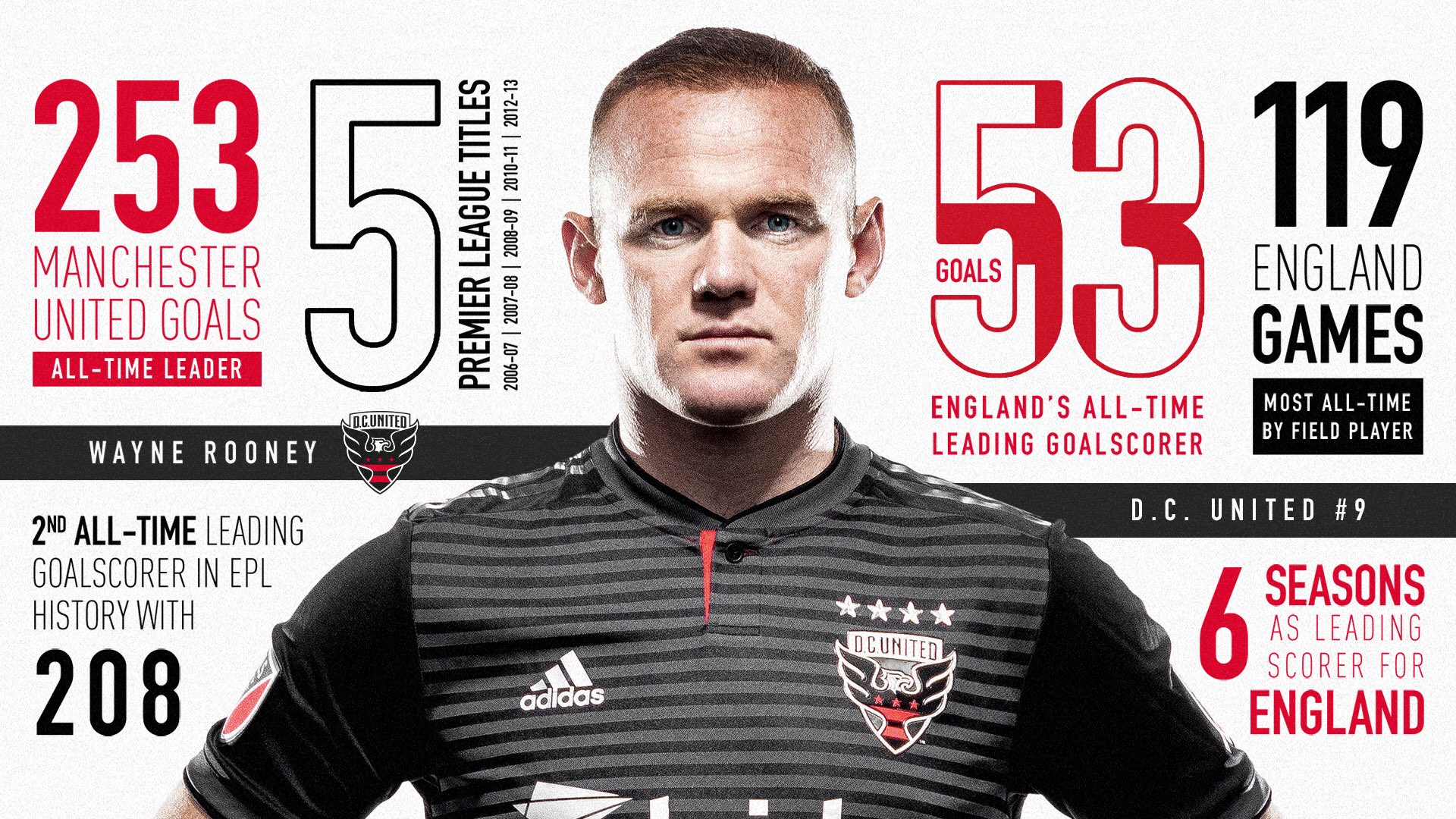 DC United have confirmed the signing of former Manchester United striker Wayne Rooney on a three-and-a-half-year contract. Rooney had already put pen to paper and only the formalities are left which will be completed by July 10th, the day the MLS transfer window opens.

A statement released by Everton read: “From everyone at Everton, we thank Wayne for his service to the club and wish him every success in the next three-and-a-half years with DC United.”

Meanwhile, Rooney also expressed his desire at joining DC, stating, “It is fantastic to be joining DC United at such an exciting time in the club’s history with the new stadium opening in just a few weeks. Moving to America and MLS fulfils another career ambition for me. I have the hunger to be a success here and will give DC 100 per cent – as I have always done for every team I have ever played for.”

Rooney is Manchester United and England’s record goal-scorer and could make his debut for the MLS side on July 14 against Vancouver Whitecaps.

Sources: Chelsea still in the race for Jadon Sancho